The History Of Mountain Glen 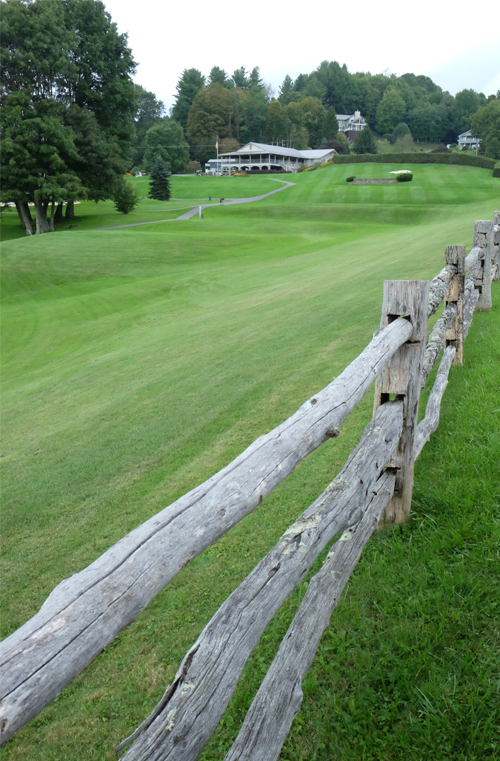 In the early spring of 1961, the idea of an affordable golf course for the citizens of Avery County was born. Shortly thereafter on  June 23, 1961 Avery Development Corporation was formed.

Several tracts of land including a 400 acre dairy farm were secured and golf course architect George W Cobb was hired to draw up plans for an 18 hole layout. Cobb was a notable and prolific golf course designer who created over 100 golf courses in the southeast including The Par 3 Course at the Augusta National Golf Club and Quail Hollow Golf Course in Charlotte, NC.

Cobb fell in love with the area and described it as one of the most beautiful natural locations for a course he had ever seen.  The first 9 holes were completed and opened for play on July 4, 1964, and the second 9 holes on May 29, 1965.

George Cobb got it right the first time, the course has never had to be changed in over 50 years.  He strove to create attractive layouts that the average golfer would find enjoyable, not punishing.

The front nine is more of a links style course with small bent grass greens and relatively flat open fairways.  The back nine works it way up to what was once referred to as “Cranberry Draw”.  The 11th hole uphill dog-leg left was rated as one of the best par 4’s in Western North Carolina. Holes 14 thru 18 work their way back down “Cranberry Draw” and return  to the clubhouse.

Mountain Glen and its majestic beauty has golfers of all ages returning to relish this timeless golf course.  Please join us for this experience.